Night shift work has long been linked to poor health. Now, a new study suggests that for women, such working patterns could increase the risk of cancer.

On looking at specific cancers, the researchers found that women who worked long-term night shifts were at even greater risk of skin cancer, breast cancer, and lung cancer.

The team used these data to assess how long-term night shift work was associated with the risk of developing 11 cancer types.

In a separate analysis, the researchers looked at whether long-term night shift work among female nurses was linked to the risk of six cancer types.

‘A risk factor for common cancers’
From the analysis of female nurses alone, the researchers found that long-term night shift work was linked to a 58 percent greater risk of breast cancer, a 35 percent increased risk of gastrointestinal cancer, and a 28 percent greater lung cancer risk.

Discussing the possible reasons for the increased cancer risk among female nurses, it is speculated that these women may have been more likely to undergo cancer screening due to their profession.

“Another possible explanation for the increased cancer risk in this population may relate to the job requirements of night shift nursing, such as more intensive shifts,”.

Overall, scientists say that their findings indicate that more needs to be done to protect the health of female shift workers, particularly those who engage in such shifts for many years.

“Our study indicates that night shift work serves as a risk factor for common cancers in women. These results might help establish and implement effective measures to protect female night shifters. Long-term night shift workers should have regular physical examinations and cancer screenings. 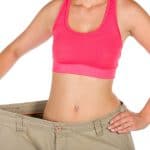 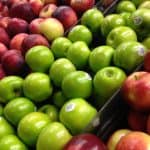